Reusing Old Cannon in Riga: My Attempt to Solve a Mystery

October 09, 2013
At first I thought these were guard stones, but then I realized their placement is not very typical for guard stones, which were placed at the corners of entranceways to protect the corners of the buildings from the wheels of carriages. Later I was told they are actually old cannon, but their purpose is still not clear.

According to Wikipedia, in the 17th and 18th centuries “old cannon were often used as bollards on quaysides: they would be buried in the ground muzzle-first to approximately half or two-thirds of their length, leaving the breech (rear end) projecting above the ground for the attachment of ropes.” 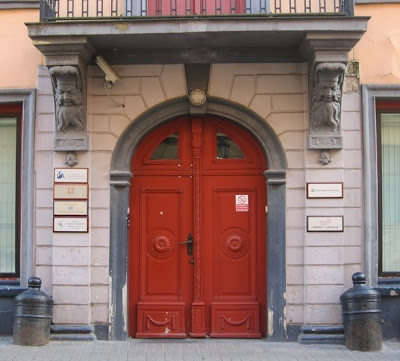 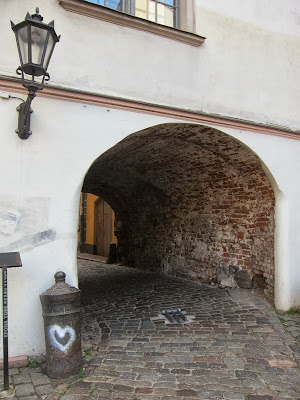 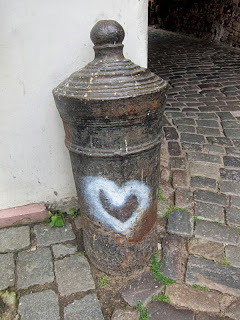 I am still not sure about the use of the ones fixed to walls (pictured below). Two have no knobs, so I don’t see how they could have been used as hitching posts. I suppose the one with the knob could have been, (and it could explain why there is a cavity in the wall near the top), but it leaves the other two a mystery...

I also read that old cannon were used as bollards (in the modern British sense of the word, meaning posts used for traffic control) in cities like London. But due to the placement of the cannon in Riga, it seems quite unlikely to be the case here. 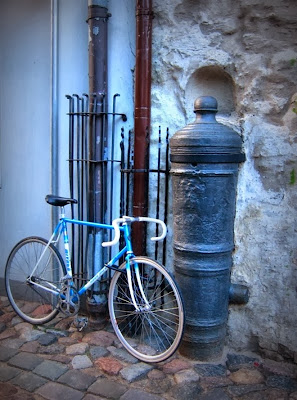 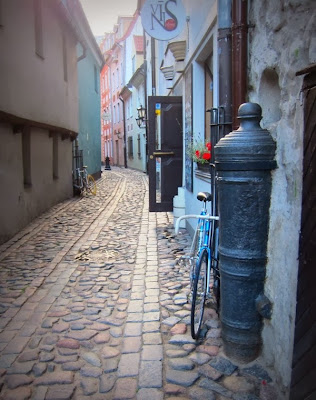 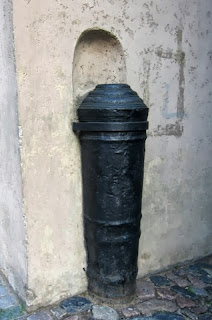 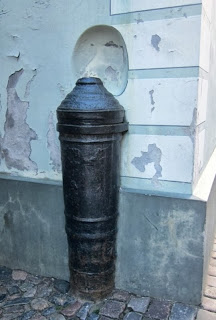 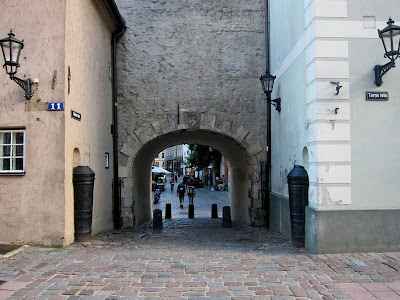 So to sum up, are the cannon in Riga reused as guard stones, hitching posts, bollards, decoration, or some other still unknown use? I'm rooting for hitching posts!

And I think it’s quite cool to see that other uses have been found for old cannon, whatever those uses may be...