December 03, 2015
A third update on the Hungarian-made roller shutters on Kopernyka Street.
After many years or even decades, this old pharmacy has reopened - but rather than selling medication, now it's a store that sells fancy soaps. A lot of the old wooden furniture is still in place, as well as an old mural on the ceiling. And fortunately, the original shutter is also in place - freshly painted over (though already graffitied) and now in use once again. The building was built in 1892, and the shutter could date from that time too, making it well over 100 years old.


I first posted pictures of these shutters a few years ago, found here,
and up update after it had been graffitied. 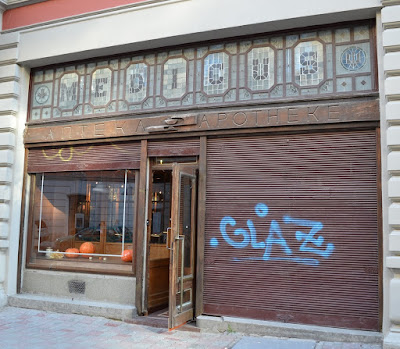 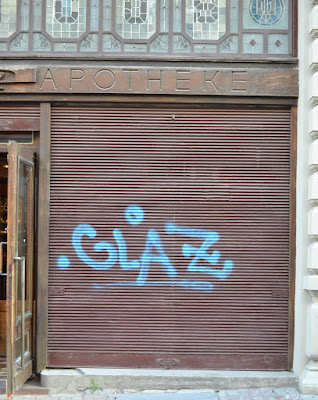 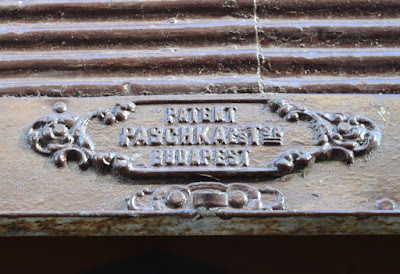 Last time I was in Mukachevo, I found a shutter made by the same Hungarian company, as seen here.