March 23, 2014
"When your government goes medieval on you, it's time to get medieval back."

This post is about the medieval tactics, armour, and weaponry that were used during Ukraine's recent revolution. For nearly 3 months Kyiv's Independence Square (Maidan) was the revolution's main battlefield, where the antigovernment protesters fought back the elite police squad and internal ministry troops. Dozens of articles were written about the the medieval aspects of the protests, and especially about the catapult. Below is a compilation of photos and excerpts from the articles. 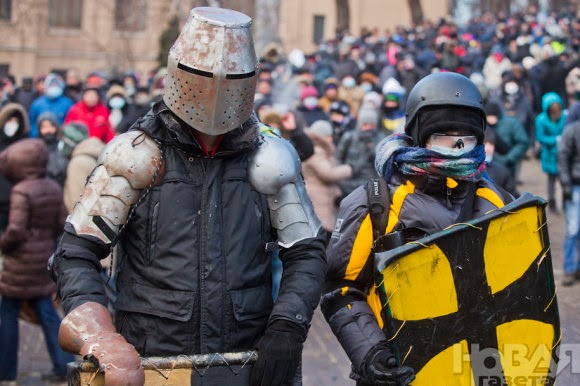 "The towering fleece hats and elaborate beards of Ukraine's 16th-century Cossacks are favored by many of the demonstrators on Kiev's main square, who have camped out in anti-government protests for nearly two months. When events turned violent this week, demonstrators' weapons also had an antique aura and clashes resembled a Medieval assault. Protesters have armed themselves like Crusaders with plywood shields, often painted with a cross, against the stun grenades and rubber bullets from police lines... Many protesters are protecting their heads with helmets and even colanders. One man came in Medieval battle armor, and another fashioned himself a bow and arrow for the fight. One group of men made a massive catapult from boards to pelt firebombs a longer distance; when it was burned down in a police attack, they rebuilt it the next day." Yahoo article 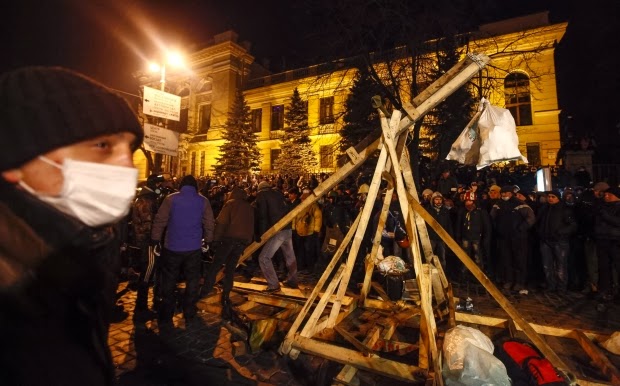 "Many during the #Euromaidan protests have been reminded of the middle ages, with people hiding in fortified monasteries to defend against military attack and church bells warning of invasion. This idea has now come full circle as protesters overnight built and used a functioning wooden catapult against the state militia, just as was used against the mongols who attacked the very same city of Kyiv nearly 800 years ago," the Euromaidan Journalist Collective wrote in their Facebook page. 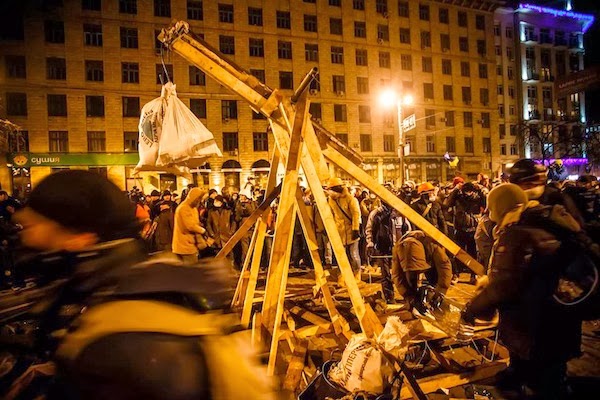 "Demonstrators protesting strongarm President Viktor Yanukovich in the Ukrainian capital of Kiev this week have assembled a wooden catapult, based on a centuries-old design, to launch projectiles at attacking authorities. The ancient artillery presumably helps the protesters keep cops with crowd-dispersal munitions, like tear gas, at a greater distance," from an article on Gawker. 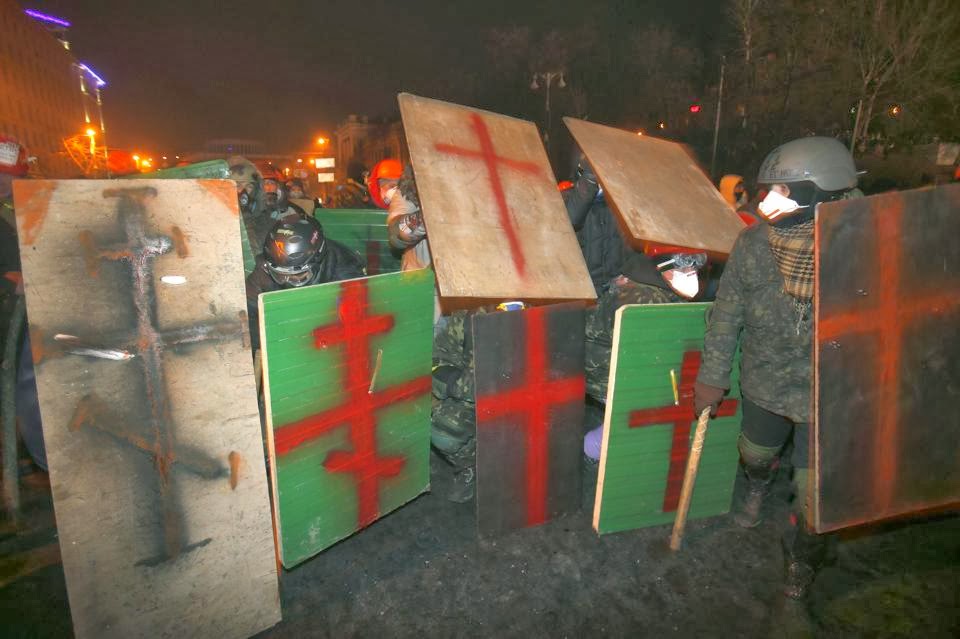 "On Sunday afternoon, central Kiev had been transformed into a battleground from the Middle Ages. Skirmishes were fought and forays were launched by several thousand opposition warriors bearing clubs, two by fours, and improvised maces. Combatants carried metal shields and wore metal and plexiglass helmets. Some fighters constructed a catapult to hurl Molotov cocktails," Adrian Karatnycky wrote in his article about the escalation of violence in Kyiv. 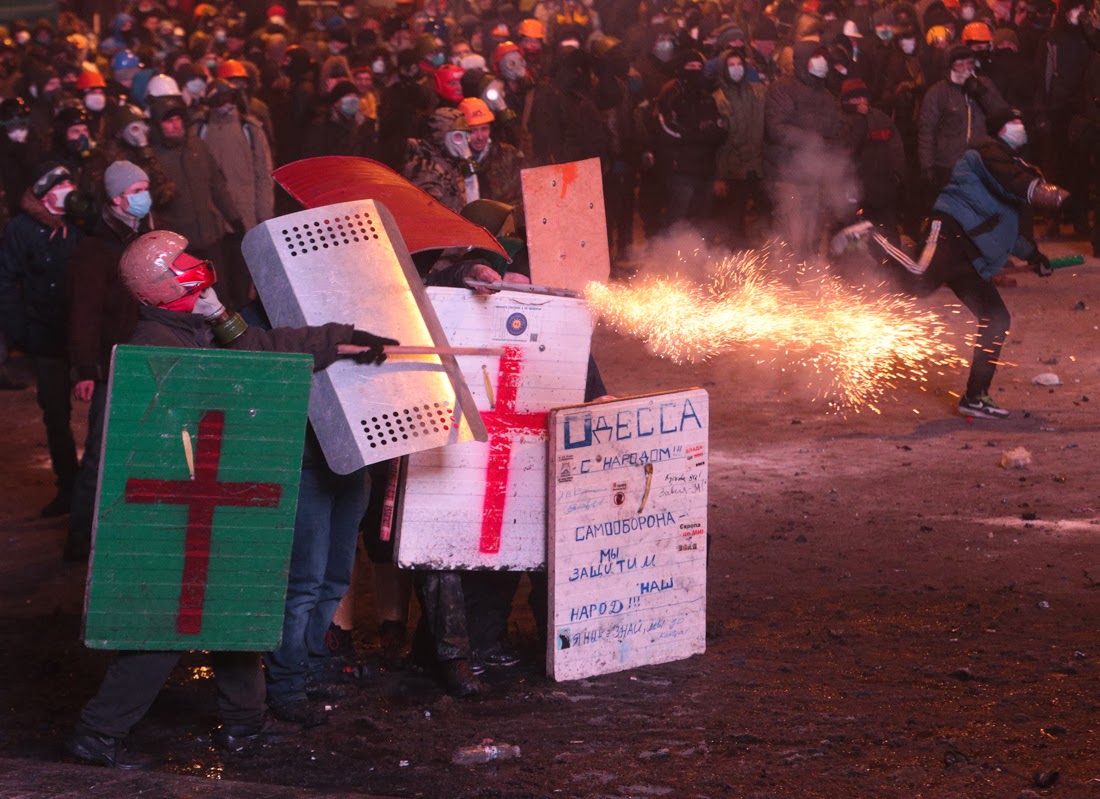 The medieval catapult, called trebuchet, even has a Twitter page, and the Euromaidan PR blog made a tribute the catapult. 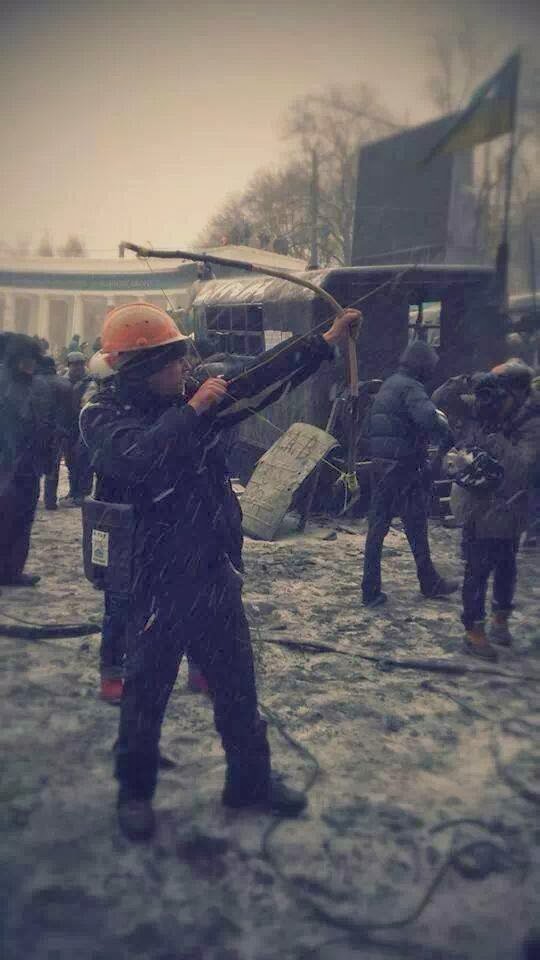 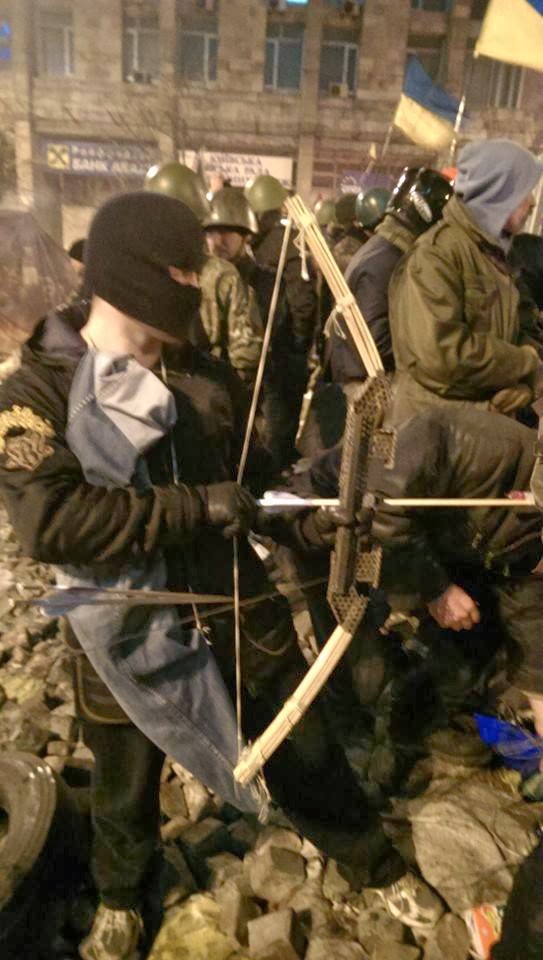 "But to understand why the protests succeeded in toppling Yanukovych, it’s worth taking a glance at its strategies and military-style tactics...

Protesters shot fireworks with makeshift launchers. In combination with throwing stones and using slingshots, they overwhelmed disoriented Berkut special forces units, who were pelted with flying objects as fireworks exploded around them. 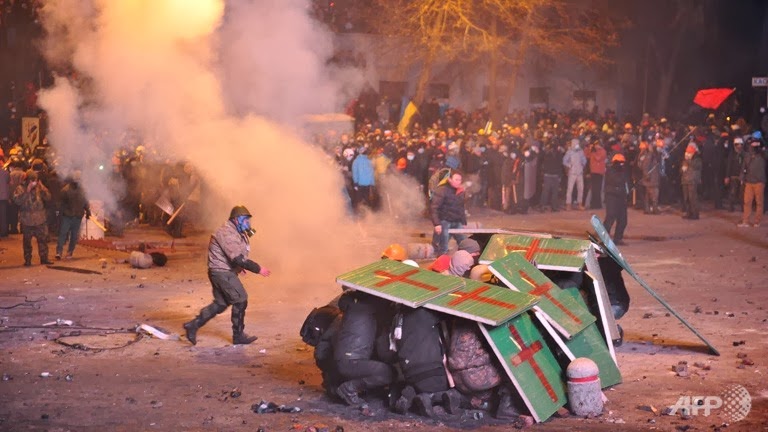 Another tactic used by both the Berkut and the EuroMaidan activitsts was "testudo" formation. "To shield themselves from the onslaught, the police special forces units known as Berkut adopted distinct testudo formations. This packed shield formation was used by the Roman Empire, developed to shield infantry units from arrows. The first line holds its shields forward, with each preceding line holding their shields towards the sky." from an article on medieval tactics of the Ukrainian protests. 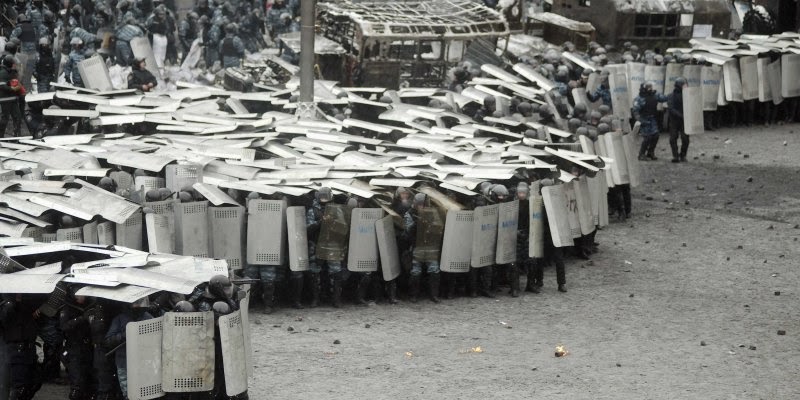