February 25, 2013
In the second half of the 19th century, ceramic tiles started to be widely used in Lviv to cover the floors of entrance ways. The tiling was often very decorative and colorful.

Lviv had several companies that were manufacturing such tiles between the late 19th century and WWII. The name of the manufacturer or supplier of the tiles was often stamped on a special tile and laid in the entrance way near the front door of the building. Along with the company’s name, which was often named after its founder, sometimes also the name of the city of the company’s location was included. Quite a few of the stamped tiles have remained in Lviv. 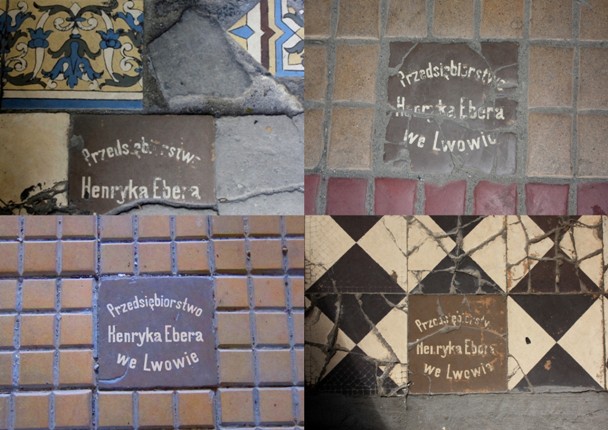 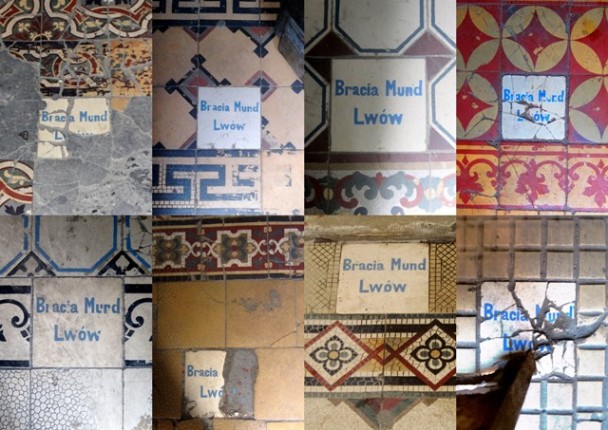 These served as an ad for the company and were deliberately placed so that it was the first thing a person saw when he entered the building. A few of the more common inscriptions are “Jan Lewiński Lwów za Barta & Tichý w Pradze” (in the 1880s, architect Jan Lewiński / Іван Левинський opened a store where products from “Barta & Tichý” in Prague, one of the most famous ceramic factories in Europe, were sold); “Bracia Mund Lwów” (a company founded in 1898 on ul. Sykstuska – currently Doroshenka St.); “Przedsiebiorstwo Henryka Ebera we Lwowie” (founded in 1896); “L. & G. Kaden Kraków – Lwów” (in 1912 a branch of this company opened in Lviv); and “Itamer Hirschtritt Lwów” (Krakow-based company with a branch in Lviv). Not surprisingly, none of these companies is around today. 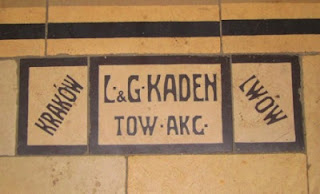 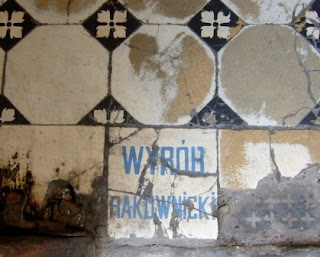 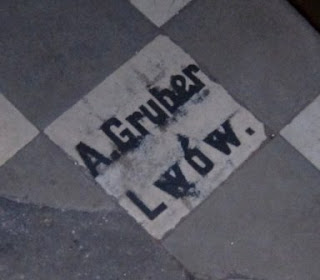 Hirschtritt and Eber worked together at some point: “Hirschtritt i Eber Lwów.” Interestingly, in one entrance way the tiles were placed in the wrong order (bottom half of picture below). 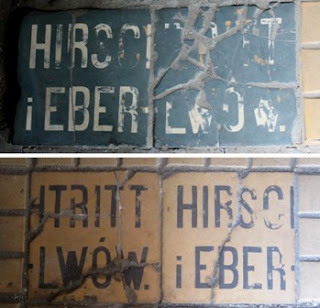 More information about these tiles and much more about old Polish inscriptions can be found in the book Львів Po Polsku: Ім'я будинку та інші написи, co-written by my acquaintance. It was released in November in both Ukrainian and Polish.